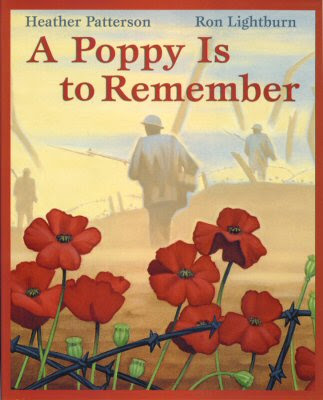 A recent article and a collection of subsequent posts by PZ Myers, author of “The Happy Atheist“, have made it to the forefront of my mind for consideration of late.  I’ve been forming a new opinion about my life as an atheist, which as per PZ’s Washington Post article “An atheist’s guide to the good life“, is thankfully devoid of much intrusion these days.  I stopped tolerating dogmatically inspired patronizing sympathy for my lack of faith a long time ago and I’m pretty sure that while I have my faults I’m not so much of an amoral monster as some would choose to characterize atheists in the light of their mutually exclusive modes of living.

PZ posted something on Facebook today which got me to thinking, a blog post entitled “It’s good to be annoying the Christians again“.  It is sort of a summary of what happened (mostly on his Twitter feed) after his piece in WP was published.  The whole chain of events can be summarized like this:

And in that summary lies the key to my mental discontent.  Persecution is hostility and ill-treatment, esp. because of race or political or religious beliefs.  And our contemporary society has a lot of this, perhaps as much as humanity has ever had; despite our rules for tolerating one another we’re still keen on fighting some sort of messy, trumped up battle over our opinions.

PZ is correct, in fact, could no be more correct, that some of the reasons he’s so happy as an atheist is that he’s is no longer subject to an arbitrary system rules of behavior thunk up strangers, both culturally and intellectually, thousands of years in our species past.  But, and this here is a bigger one, this is the way he enjoys living his life, more often than not cast out into the public forum as an example that might work for you too.

As an atheist I can understand the compulsion to reach out to my ill-informed brothers and sisters in humanity and point out to them how ridiculous their lifestyle appear to me.  I could (and hell, I have in the past) expressed my patronizing sympathy to others who chose a different path than the one I know is right for me, but frankly I’m no longer interested in playing the “Hearts and Minds” game that so many religious folks feel compelled to engage in.  From my narrow and simplistic POV I want nothing more than to just live my life.

And here in lies the trap contained in the liberty an atheist might expect.  An armistice is only possible when all parties come to the table and agree to disagree.  A struggle for the hearts and minds of a population will invariably violate that agreement, and always in a somewhat underhanded, and manipulative manner.  This means that not only is any future armistice less likely, but the foundation of trust that must be present in the first place will be irrevocably eroded.

I know that there are some “hearts and minds” atheists out there, and for their somewhat thankless work I’m somewhat thankful.  I know that there are faithful out there more interested in tolerance and maintaining a armistice that can only be stood up through careful consideration of all desires and requirements.  For these, I am perhaps, even more thankful.  This situation is optimal for me, I don’t want to fight with anyone about what I can and cannot do because of their belief system and I’m willing to concede you your freedom as long as you are willing to grant me mine.

Finally, I think that there is a seed of a novel in here somewhere, OSC you’re welcome to pick my pocket here so I can bump up my rating of “Ender’s Game” in response to your personal growth as both an author and a person.