Biking in a Big City 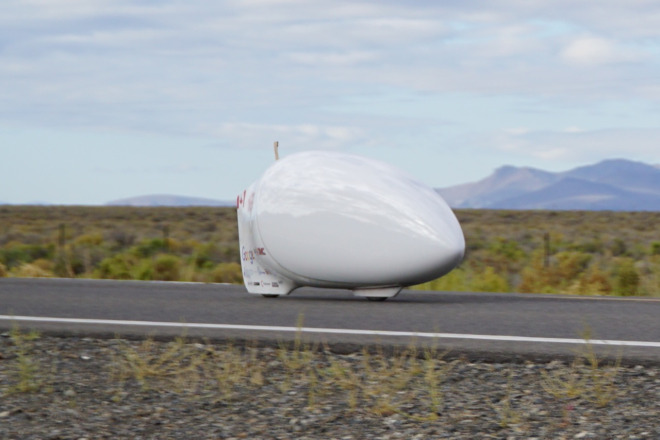 There is nothing in this picture that distinguishes from many other pictures that I have posted of the Eta speedbike, but it was taken this morning when Todd went 85.71 mph through the traps, beating the old record by a massive 2.58 mph.

There were two other world records set this morning: Florian Kowalik reset his Junior Men’s Trike record from earlier in the week, and Liz McTernan set a new record for a 600 m starting start sprint, timed over 200m, women’s arm power category.

If you look closely, you will see that Todd scratched in the first heat. They had a bad launch, and the bike flopped over. The decision was made for Cam to drive back to town to retrieve the spare front fairing in time for Todd to start in the third heat, which he did in an extremely expeditious manner.

Other things that happened: