The ball is metaphorically rolling up here in the thankfully gray Pacific North West. Much has happened since my last update. I ran across the Grand Canyon after a Mark Watney-esk road trip to into the heart of the early summer heat of the desert South West. A-bear and J-bug are now both out of school (yay me! another year of education down) and Tess is plugging away at the Zu. 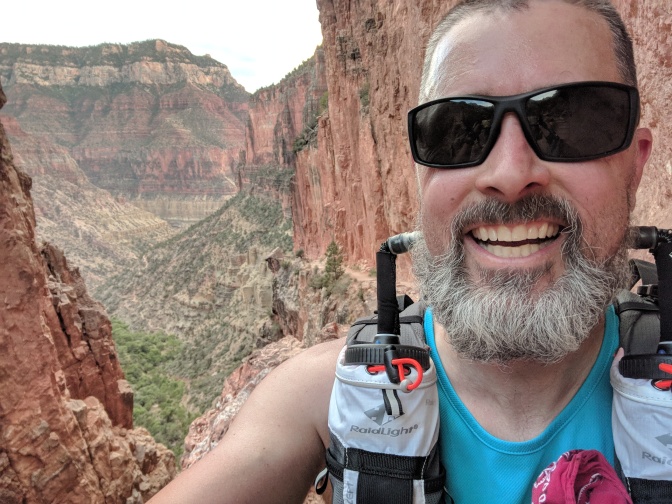 What I’ve Been Reading

“The Timber Press Guide to Vegetable Gardening in the Pacific Northwest” and other similar. Over the last month or so I’ve actually gone through a stack of gardening books like this one. The library has been my friend.

One of the questions I’ve wanted to answer for myself is “Could Mark Watney have done better for himself if he’d grown his potatoes in towers?” The hypothetical answer is yes, he missed a real opportunity for closed-loop sustainability caloric efficiency given his habitat’s space limitations.

I’ve also re-read “The Martian” (at A-bear’s request). Still a great story, and yes the book is better than the movie.

Finally, I’m on book seven of Roger Zelazny’s Princes of Amber series. It’s rolling along well and Wil Wheaton was an excellent choice to read the Murlin segments of the story. One of the things I really enjoy is how you can see the author’s development reflected in his characters over time. Zelazny was arguably a lot more misogynistic and self-centered, much like Corwin, at the beginning of the saga, then nearer its end. Life seems to have tempered his protagonists and that’s refreshing.

Sitting here, I’m thinking that I really need to keep better track of what I’m reading. I’ve gone through a considerable stack of paper books and a few electronic titles as well, but right now I can’t recall a single title. Maybe I’ll resolve to get back on Goodreads or something.

I’ve been sort of reviewing the idea of a multiverse through which we can negotiate space-time by pinching possibilities together. Something like a nearness of world’s theory realized in a modern setting. Think Pratchett’s Long Earth series but in a chaotic, non-linear network of possibilities that can and will become weird. Yes, it’s walking along the rim of those deep Slipstream canyons, but that’s where all the best views are.

I’ve passed on a couple of non-fiction pieces mostly because the amount of work necessary for doing the story right far exceeds the compensation. Writing is not an expensive hobby. If your business model requires me to absorb its costs to produce content we’re not going to have a deal. C’est la vie.