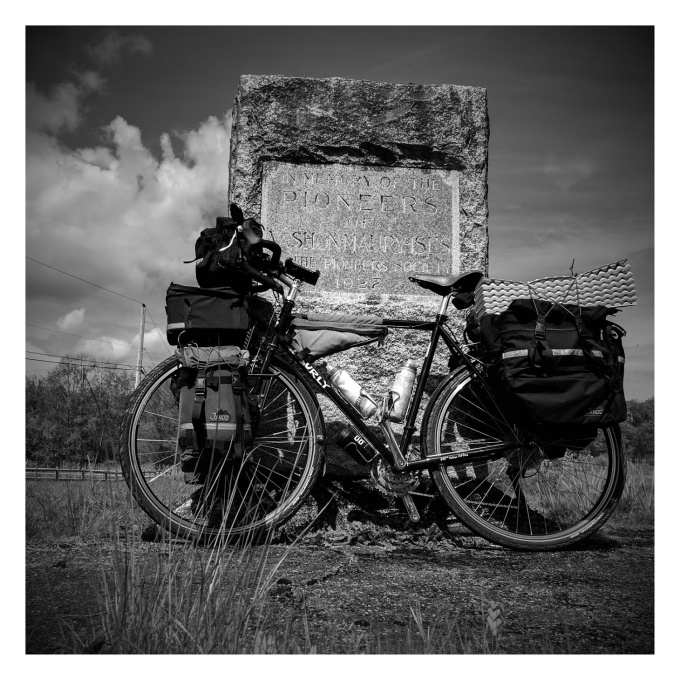 Help me name the new ride

That’s right, above is the new 700 x 47 CC Surly Long Haul Trucker (in Blacktacular) I recently purchased for some long-range, self-supported action I have planned. As is the custom in my house I need to name this ride. The bike it replaces is an elderly gelding that has been rolling for almost as long as me. It was named Scout after Tonto’s horse.

I’ve since stopped naming bikes after famous horse (although Mr. Ed has occurred to me). Its companion, a plus-sized version is my 2011 Surly Necro Pug, is named Rosie from Farley Mowat‘s 1963 autobiography Never Cry Wolf.

Throughout the summer my son Aral and I have been setting off on day long micro-adventures. We load up the long-bike in the morning with food, water and some diversions and pick a direction. These outings are great because each one allows us time together and time in the world. We get to overcome challenges and improve our relationship.

The best thing about micro-adventuring is that anyone can do it. Just remember, keep spinning.

Hinterland Cycles – Sunday Adventure: A micro-adventure from Matt on Vimeo.